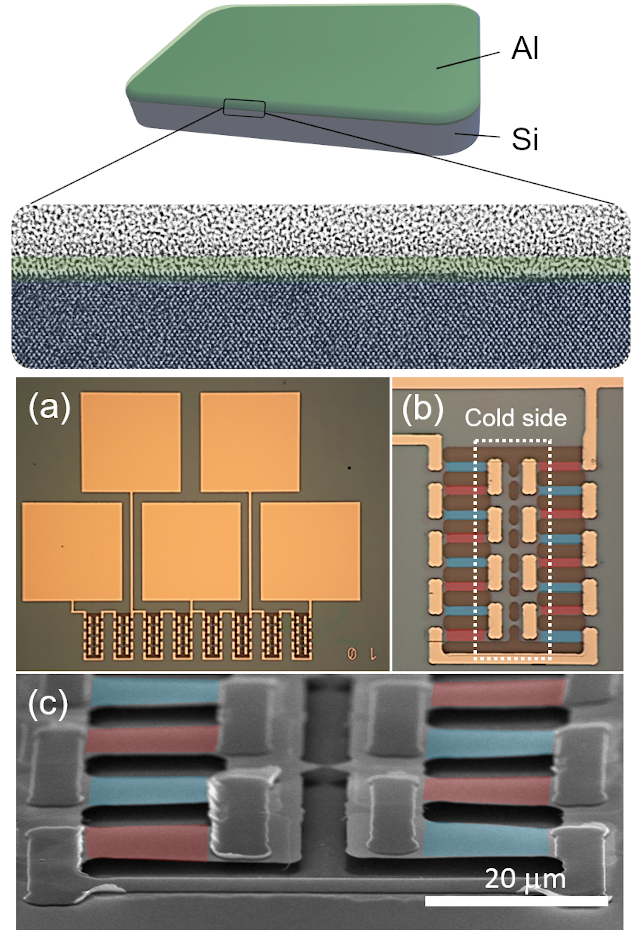 We propose a simple, low-cost, and large-area method to increase the thermoelectric figure of merit (ZT) in silicon membranes by the deposition of an ultrathin aluminum layer. Transmission electron microscopy showed that short deposition of aluminum on a silicon substrate covers the surface with an ultrathin amorphous film, which, according to recent theoretical works, efficiently destroys phonon wave packets. As a result, we measured 30–40% lower thermal conductivity in silicon membranes covered with aluminum films while the electrical conductivity was not affected. Thus, we have achieved 40–45% higher ZT values in membranes covered with aluminum films. To demonstrate a practical application, we applied this method to enhance the performance of a silicon membrane-based thermoelectric device and measured 42% higher power generation.