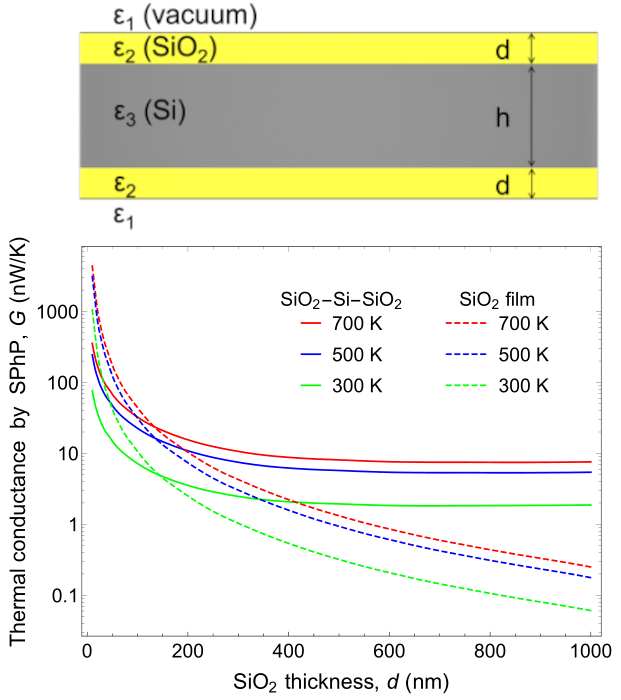 Surface phonon-polaritons (SPhPs) are evanescent electromagnetic waves that can propagate distances orders of magnitude longer than the typical mean free paths of phonons and electrons. Therefore, they are expected to be powerful heat carriers capable of significantly enhancing the in-plane thermal conductance of polar nanostructures. In this work, we show that a SiO2/Si (10 μm thick)/SiO2 layered structure efficiently enhances the SPhP heat transport, such that its in-plane thermal conductance is ten times higher than the corresponding one of a single SiO2 film, due to the coupling of SPhPs propagating along both of its polar SiO2 nanolayers. The obtained results thus show that the proposed three-layer structure can outperform the in-plane thermal performance of a single suspended film while improving significantly its mechanical stability.