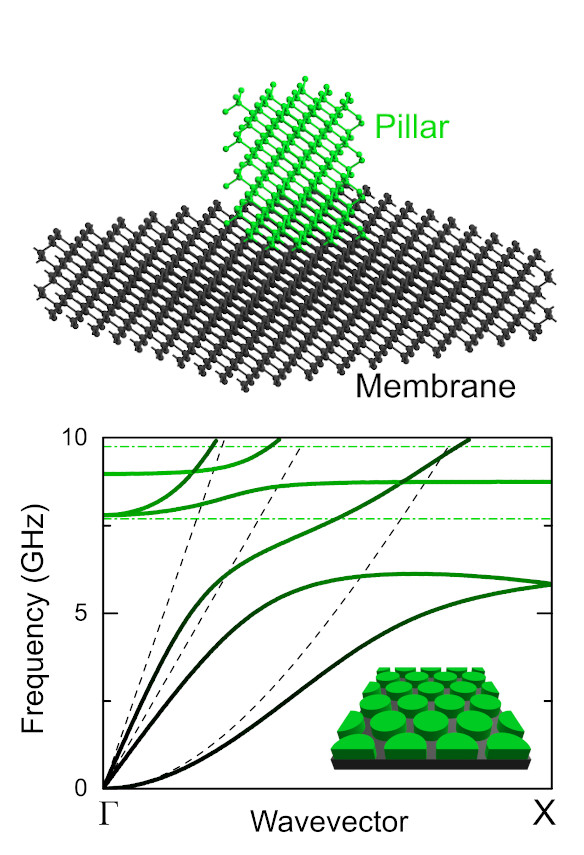 Phononic crystals have been studied for the past decades as a tool to control the propagation of acoustic and mechanical waves. Recently, researchers proposed that nanosized phononic crystals can also control heat conduction and improve the thermoelectric efficiency of silicon by phonon dispersion engineering. In this review, we focus on recent theoretical and experimental advances in phonon and thermal transport engineering using pillar-based phononic crystals. First, we explain the principles of the phonon dispersion engineering and summarize early proof-of-concept experiments. Next, we review recent simulations of thermal transport in pillar-based phononic crystals and seek to uncover the origin of the observed reduction in the thermal conductivity. Finally, we discuss first experimental attempts to observe the predicted thermal conductivity reduction and suggest the directions for future research.