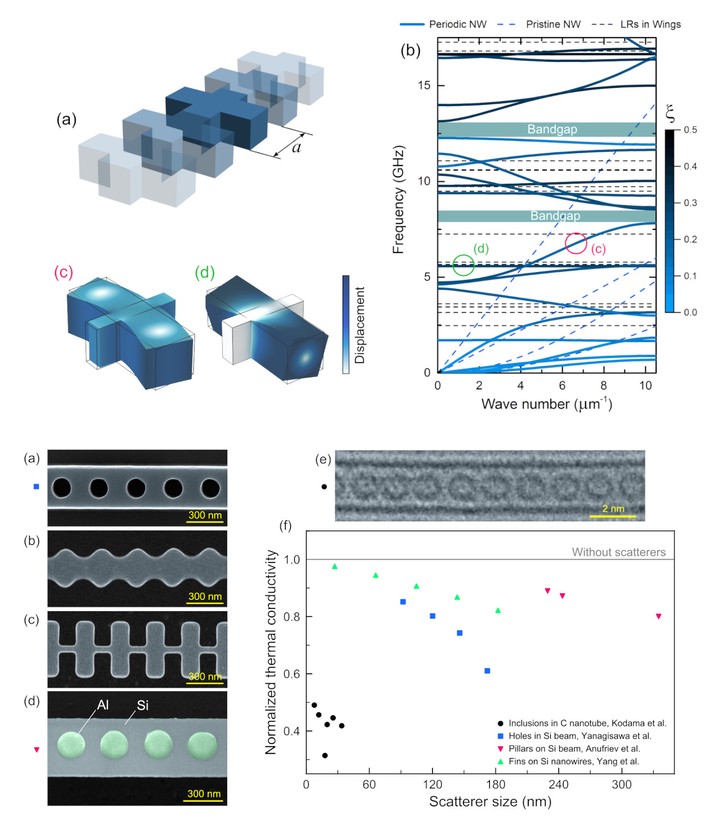 Phononic crystals are the acoustic analogs of photonic crystals and aim at manipulating phonon transport using phonon interference in periodic structures. While such periodic structures are typically two-dimensional, many applications require one-dimensional (1D) wire-like or bulk structures instead. In this Research Update, we summarize the past decade of theoretical and experimental studies of coherent control of phonon and heat transport in one-dimensional phononic crystals. At the hypersonic frequencies, phononic crystals successfully found applications in optomechanical devices at the microscale. However, at higher terahertz frequencies, experimentalists struggle to demonstrate that coherent thermal transport at room temperature is possible at length scales of hundreds of nanometers. Although many theoretical works predict a reduction in the thermal conductivity in 1D phononic crystals due to coherent effects, most observations conclude about the incoherent nature of heat conduction at least at room temperature. Nevertheless, experiments on superlattices and carbon nanotubes have demonstrated evidence of coherent heat conduction even at room temperature in structures with the periodicity of a few nanometers. Thus, further miniaturization and improving fabrication quality are currently the main challenges faced by 1D phononic nanostructures.