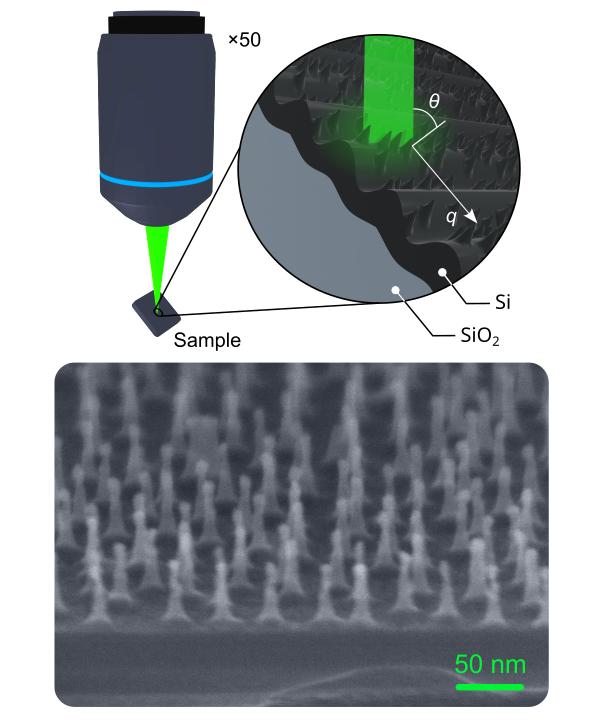 The performance of silicon-based thermoelectric energy generators is limited by the high thermal conductivity of silicon. Theoretical works have long proposed reducing the thermal conductivity by resonant phonon modes in nanopillars placed on the surface of silicon films. However, these predictions have never been confirmed due to the difficulty in the nanofabrication and measurements of such nanoscale systems. In this work, we report on the fabrication and measurements of silicon films with nanopillars as small as 12 nm in diameter. Our Brillouin light scattering spectroscopy experiments revealed that nanopillars indeed host resonant phonon modes. Yet, our thermal measurements using the micro time-domain thermoreflectance technique showed only a statistically insignificant difference between the thermal properties of silicon membranes with and without nanopillars. Results of this work contrast with the predictions of a substantial reduction in the thermal conductivity due to nanopillars and suggest refining the simulations to account for realistic experimental conditions.